Whether you are an experienced angler, a novice to the fishing world, or somewhere in between, it is likely that you have heard more than a few fish stories. However, whilst the lore surrounding fishing is nearly as exciting as the sport itself, the truth can be stranger than fiction. 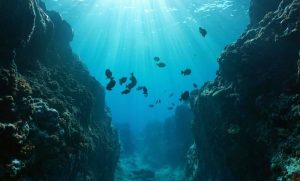 We are looking at several rare fish that inhabit waters all over the world. Information about these unique fish is often fascinating. The facts we learn when studying the rarest fish in the world frequently outmatches all kinds of tall tales and folklore.

Specific Characteristics and Facts: The Devil’s Hole Pupfish inhabit the smallest geographic area of any vertebrate. Devil’s Hole is a deep, water-filled cavern carved into the side of a hill several thousand years ago. While not completely mapped, the cavern is at least 152 metres deep.

Scientists believe the Devil’s Hole Pupfish have lived in the cavern for between 10,000-20,000 years. However, they will swim to depths of over 20 metres, the fish spawn on a shallow rock shelf near the surface of the cavern.

Due to recently changing environmental conditions, conservationists regard the Devil’s Hole Pupfish is a critically endangered species. 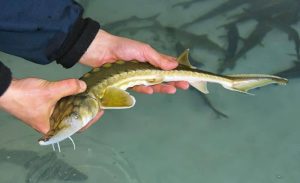 Location: The Tumnin or Datta river, northern Japan, and Korea and occasionally in the Bering Sea

Known Number: Between 10-30 Sakhalin Sturgeon spawn each year in the Tumnin River.

Specific Characteristics and Facts: The Sakhalin Sturgeon fish were sold in Japanese fish markets as recently as the 1950s. Although the species were never exceptionally abundant, the declining numbers make them a critically endangered species. Captive breeding efforts are taking place. However, experts believe the Sakhalin Sturgeon will become extinct within the next 15 years.

Specific Characteristics and Facts: The unusual Red Handfish moves across the ocean floor by using its red hand-like fins. Discovered off the Tasmanian coast in the 1800s, the Red Handfish population was always limited. In recent years, the species diminished in number because of the vulnerability of the eggs the fish lay underneath seaweed. 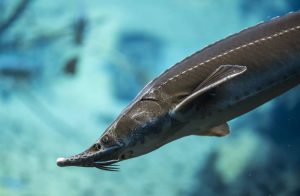 Known Number: Fewer than 250 Adriatic Sturgeon exist. These are fish held in captivity for breeding and released into their natural habitat. The fish is functionally extinct in the wild.

Specific Characteristics and Facts: At one time, the Adriatic Sturgeon appeared in great numbers. Overfishing led to the species near extinction. Although Adriatic Sturgeon are bred and set free near Italy, scientists see no evidence that these fish spawn once released into the wild.

Specific Characteristics and Facts: Between 1992 and 2005, researchers thought the tiny Tequila Splitfin was extinct because all collection efforts failed. In 2005, scientists found a population of about 500 fish living in a pool only four metres wide. Researchers in Mexico are working to rebuild the population and release Tequila Splitfin with the hope that the species can recover.

Location: The Giant Sea Bass inhabit regions of the eastern Pacific Ocean. The area reaches from Humboldt Bay, California USA to the tip of Baja, Mexico. Giant Sea Bass are sometimes found in the northern half of the Gulf of California.

Known Number: There are fewer than 500 Giant Sea Bass in the wild

Specific Characteristics and Facts: Giant Sea Bass once flourished in the eastern Pacific. The fish tended to congregate in large groups which made them easy to catch; the species was overfished to the point of near extinction. In recent years conservationists have helped the massive creatures make a comeback. However, Giant Sea Bass are still endangered.

Location: The Kissing Loach lives in the waters near Kameoka City and Okayama City, Japan.

Known Number: There are fewer than 800 Kissing Loach in the wild.

Specific Characteristics and Facts: The Kissing Loach, also known as Aymodoki, exist in three small areas in Japan. Conservation efforts to save the species have been extraordinary; volunteers ensure the groups spawn each year. Plans are underway for a conservation park for the Kissing Loach in Kameoka City, Japan. 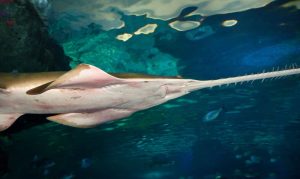 Location: The Smalltooth Sawfish lives in the waters near the Bahamas, Belize, Cuba, Honduras, Sierra Leone, and subtropical regions of the coastal United States.

Known Number: The total global population of the Smalltooth Sawfish is unknown. United States conservationists estimate around 300 of the species are in US waters.

Specific Characteristics and Facts: A unique-looking creature with a snout that looks like a saw, the Smalltooth Sawfish resemble sharks but are more closely akin to rays. Researchers estimate that targeted fishing eliminated around 95 per cent of the population since 1962. The remaining Smalltooth Sawfish reside in tropical and subtropical waters in the western Atlantic. 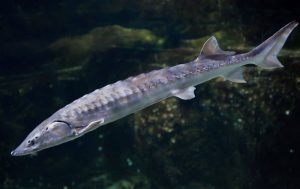 Known Number: Although thousands of European Sea Sturgeon live in captivity, fewer than 750 live in their natural habitat.

Specific Characteristics and Facts: The European Sea Sturgeon living in the wild remain in the Garonne River in France. This critically endangered species once inhabited a vast area that included the North and Baltic Seas, the English Channel, European coasts of the Atlantic, northern Mediterranean west of Rhodes, as well as the western and southern Black Sea. Conservationists raise and release the European Sea Sturgeon into the wild. However, none of these fish successfully reproduced.

Known Number: The Anglerfish is not a critically endangered species. Its rarity comes from the fact that the species prefers a deep-water habitat. Because of this encountering, an Anglerfish is rare.

Specific Characteristics and Facts: Anglerfish are carnivorous and will go to the ocean floor in search of prey. However, Anglerfish will swim to the surface of the ocean to feast on seabirds from time to time. The species is ferocious-looking with a mouth full of razor-sharp jagged teeth as well as an antenna that attracts prey. Location: Stargazer Fish inhabit a considerable area throughout the world’s oceans and seas. These fish live in waters near New Zealand and Australia as well as the Atlantic coast of Europe and Africa. The species is also common in the Mediterranean and the Black Sea.

Known Number: There is not a definitive count of Stargazer Fish worldwide. The species is endangered but not near extinction.

Specific Characteristics and Facts: The venomous Stargazer Fish buries itself in sediment to wait for its prey. Because of its hunting method, the Stargazer Fish is at risk because of habitat eradication. The chief methods of habitat destruction are bottom trawling, bycatch of skates, and catching of non-target fish.

Although not classified as fish, these fascinating creatures are exceptionally difficult to spot in the wild.

If you are a fishing enthusiast in search of a charter, or you fancy an exceptional outing for whale watching and sightseeing, contact WA Fishing. Our staff are professionals who create the ideal atmosphere for your excursion, and we are a sought-after venue for unique and unforgettable parties and gatherings of all types. Reservations are available for one person or up to 80 passengers.