Cray fishing is a thrilling activity that can be enjoyed by the whole family. Cray fish (also spelled crayfish) and is known scientifically as Panulirus Cygnus, is a part of the spiny lobster family. This species is prominent over the west coast of Australia.

Over the years, cray fishing has become exceptionally valuable in the entire country, composing 20% value in the fishing industry. In Western Australia, it is considered the most important fishery with a probable value of $400 million.

In this blog post, you will learn more about crayfish, how and where to catch, and some lovely recipes to enjoy its meat.

Crayfish is often confused with lobster. In reality, these two species are not entirely different. The main distinction is that crayfish lives in freshwater while lobster thrives in saltwater. Western Australia has the western rock lobster, which the locals often call “crays,” which is not the correct term at all. However, the name has been around since time immemorial, so it is virtually impossible to change it. Crayfish are often referred to as rock lobster all over the country. 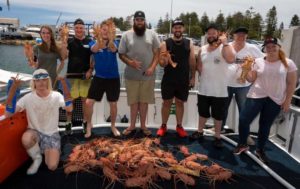 In WA, about 25,000 people are catching around 400,000 crayfish every year. It just shows how big this activity is, especially for recreational purposes. Recreational fishing typically takes place between Augusta and North West Cape’s inshore coastal waters.

According to the Department of Primary Industries and Regional Development, cray fishing is permitted all year round. However, there are some rules and regulations to observe, which we will talk about later in this blog.

Rock lobster or crayfish have strong, tough shells. However, these shells can easily be damaged. If you break their antennae or leg off upon catching them, you lower their chance of surviving in the wild. It is best to try for crustaceans that you’re sure will be according to the rules. If you catch one that is not legal, make sure that you put it back where it came from. 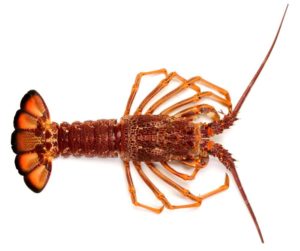 Apart from the two mentioned species above, Australia has over 100 more. Other known types are:

The common yabby, red-claw crayfish, and western yabby are also quite popular. Before you try catching crayfish, you must obtain a licence first, whether you are fishing recreationally or commercially. Having a licence for recreational fishing does not entitle you to sell or use the crustacean. You should never get anything in return, including a benefit or reward from barter and exchange.

Here are other rules that you must adhere to when fishing for crayfish in Western Australia:

Always check the local guides to ensure you adhere to the existing rules.

When you’re ready to catch crayfish or rock lobster, here are some tips for successful fishing:

You can catch crayfish in the north, particularly from Exmouth to Augusta in the south. For the best luck, head to Geraldton and Perth, which have the highest rock lobster populations in the state. These crustaceans are found in both offshore and inshore reefs. If you would like to catch bigger-sized lobsters, you will most likely see them inside caves, under ledges, and in deeper offshore reefs.

You can catch crays using a loop (snare) or by hand. It’s a great challenge indeed, and many fishers have developed their skills in chasing after crayfish with a single breath of air. There are a few ways that will help you catch crays while diving but the most important is to wear a comfortable wetsuit with a hood.
Have a black silicone mask, gloves, neoprene socks, and closed heel fins. Your weight belt should bear the correct weight so that you can be positively buoyant when on the surface. At the same time, it should let you glide to the bottom.

You need to know the habits and movements of crays, which depend on the season. The best time is typically at the start of the season since they are easy to find in the shallow waters near the Rottnest, Carnac, and Garden Islands. Spot them in low limestone ledges, usually off the shores.

If you’re fishing in the middle of December, be prepared to dive into deeper water. Rotto is the most suitable place until the end of the year. If you want them close to the shore, pick around late February to early March. There are three potting options, namely:

Whichever pot material you select, it should not move. It’s why heavy pots, particularly timber, is best for catching crays. You will need to rig your pot using specific objects, including floats, ballast, and a weight attached to a rope (11mm pot line). For your bait, you’re allowed to use oily baits, blue mackerel, and tuna heads. Use only fresh bait.

Keeping and Eating Your Catch

If you decide to keep your catch, ensure that you clip at least the bottom half of the central flap of the tail fan. Alternatively, you can punch a 10mm-diameter hole in the centre of the tail fan. Do the clipping or hole-punching within five minutes of taking the lobster to your boat or land. That way, fisheries compliance officers can distinguish it as a recreationally caught lobster. It means you’re not allowed to sell it.

Rock lobster from WA is renowned for their beautifully textured white flesh, which is so flavourful. Once caught, it is best to cook and consume them as quickly as possible. If you plan to eat it after a few days or months, you will need to care for it, which is not exactly easy to do. The crays typically survive for hours after catching. Make sure you have adequate storage ready and never store it with occy and squid.

Crayfish with your favourite homemade seafood sauce, consisting of cream, Worcestershire sauce, lemon, and tomato sauce, is just one of the popular ways to consume it. Keep it simple because crayfish has a delicate flavour, easily overshadowed by excessive garnishes.

South American-style crayfish is considered fancy. It’s flamed with brandy, lit with brandy cream sauce with chilli and lime juice. A crayfish sandwich between pieces of fluffy white bread, seafood cocktail sauce, and iceberg lettuce is another way to enjoy your catch. For a simpler dish, a smoky barbecued rock lobster is a sure-fire treat.

And this barbecue method is usually done in the oven. Cut the crayfish in the middle, place it on the baking dish, and chuck the barbecue butter sauce on top. This sauce consists of butter, cayenne pepper, and Worcestershire sauce. Add some lemon zest and 10 or more cloves of minced garlic. Cook it in the oven for about 20 to 22 minutes. Then, roll up your sleeves and enjoy that delicate, juicy taste.